Are Homo Sapiens a successful species?

What does it take? What are the odds?

Please make a bid on this and answer the following 7 questions.

These should be answered and published by all politicians who can be voted for!

(especially after a week in Low Earth Orbit, where they have to write an assignment about what the Earth means to them) 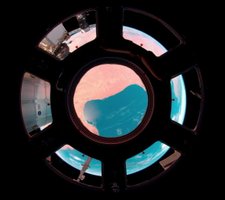 1) What does it take for our species Homo Sapiens to be a successful species? (Does it only apply now and here or also after eg 1000 years into the future?)

2) What is your bid on what percentage of security there is for us to be a successful species? Come with your best bid between 0% and 100%.

3) What things are NOW & HERE helping to increase our odds that our species Homo Sapiens is a successful species?

4) What OTHER things could help increase our odds of our species Homo Sapiens being a successful species?

5) What things contribute to DECLINE our odds that our species Homo Sapiens is a successful species? (What did it take to avoid or reduce these things?)

6) Do you think that the more people who think about these issues, will increase our odds that our species Homo Sapiens is a successful species? Here you can answer yes or no.

In addition, feel free to tell us what your background is to answer the above questions!

Please put your bid on Facebook or email it to bid@homovictoria.org

There are examples of what can increase and what can decrease odds here:

PLANET EARTH VALUES THE MOST

ad 1) We are successful if we still live on a diverse Earth in 1000 years. Behaviorally, we should go in a more symbiotic direction, where we have mutual benefit from and with other plants and to a lesser and lesser extent be parasites. In other words, it ensures a high level of biodiversity here on Earth (not cause most food chains to collapse) and limits our pollution and exploiting of the Earth, including limiting greenhouse gas emissions.

ad 2) A decade ago, I would think our odds were 33%, as there were no prospects for any immediate solutions to the Earth’s biodiversity crisis and climate crisis. Now I would say 60%. The willingness and means to do something about it has increased, where for example Tesla & SpaceX shows that it can pay off in multiple ways developing technology that can take us to the next level.

ad 3) All actions that reduce the biodiversity crisis and the climate crisis. Everything from avoiding food waste, increasing the proportion of plant-based diets and vertical farming to reducing overconsumption and emission of pollution including CO2 from coal, oil & gas.

ad 4) The plan to soon have bases on the Moon and Mars will accelerate development in recyclability in such a powerful way that it also will have a colossal helping effect here on Earth.

ad 5) All behavior where we behave like parasites, ie exploit the surroundings while they deteriorate.

ad 6) Yes, an awareness of where we stand and what we can do can probably make more people want to be on the ‘winning team’ instead of on the ‘losing team’

ad 7) I hope to spread my respect and admiration for nature to others!
Switched to organic food around 1997. Replaced oil boiler with CO2 neutral wood pellet boiler in 2006. In 2112 got solar collectors to cover most of our power consumption. I have transported myself around by bike and public transport until 2011, from where I supplement by car. At the beginning of 2020, I cut my animal food intake to a few% of what it used to be.